An Old Comic I Drew

While rummaging through the enormous cache of old drawings and projects on my hard drive, I came across an old comic starring a monkey-man named Maxis. The comic isn’t that impressive. There are grievous errors in its layout, which a teacher and a fellow student were gracious enough to point out. So egregious were these errors that I –apparently- deemed the comic unsalvageable. Naturally, it went the way of all such failed projects and took up permanent residence in my “Archives” folder. I thought I’d amuse myself, and garner a bit of ridicule by posting it here in its entirety. 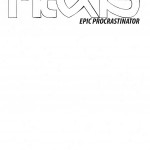 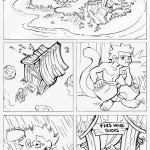 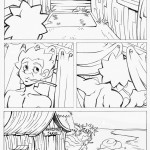 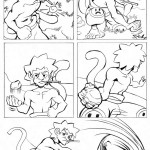 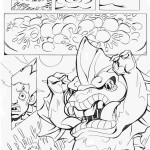 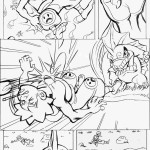 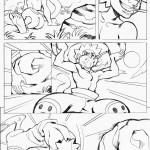 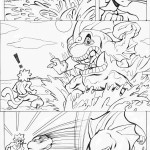 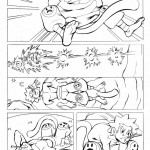 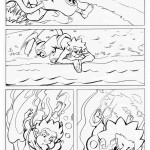 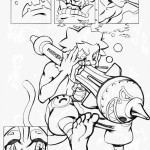 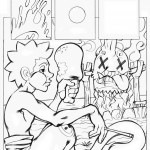 Pretty basic stuff eh?. Well see, the thing is, Maxis has actually gone through some changes . This is what he looks like now :

As I’ve said he’s changed a lot but it’s mostly physical changes (thought even this design may be slightly altered). He still retains his aloof apathetic attitude.  Anyway, I plan on doing a remake of this comic, using the same basic story yet a bit more fleshed out. There’s this pseudo- cell shaded style I’ve wanted to try out, and this could be the project to try it on. As for genre just think “Pirates of Dark Water” meets “One piece” meets “Dungeons and Dragons” with a steam-punk twist. Stay tuned!

WELCOME TO THE ART BLOG OF SALIYM MCCULLIN!

Submitted for those who are curious about the goings on behind my artistic life, (as if I have a life outside that category) it’s the grand opening of my new art blog!  It’s basically just a never-ending stream of artistic babble, highlighting my progress as I climb my way up the artistic mountain. I’ll try to keep my posts short, though I doubt they’d be long anyhow, considering I don’t like to talk much. The ugly colors and design are temporary, until I can figure out this thing. I’m thinking of posting at least once or twice a week depending on time, but I can make it less or more often depending on your threshold in tolerating my shameless self- indulgence.

Feel free to leave any comments, requests, and suggestions in the comment section of the page. You can even connect through facebook!

I guess I’ll kick this thing off with my first quick doodle I finished. There isn’t much I can say about it that I haven’t already on my DA page http://sal-o-mac.deviantart.com/ 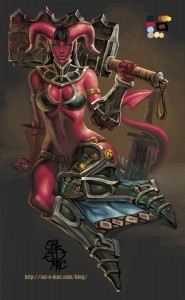